It seems only fair to write a post after a week-long snow event. This will be short though—much like my patience after being snowed-in for so long. Last year I felt that I needed a break but I didn’t know why and now I feel better about a return to regular posts. So much has happened. It is sad to think that there were many things I didn’t post about but I will try to add them when I can in the future.

This fall we lost Maurice the Cat. He was an old guy who sadly passed away from cancer on his jaw. Luckily he’s been immortalized because the back garden was named after him so we will forever think of him. He spent many summers in Campiello Maurizio sunbathing on his favorite bench beneath the living willow arbor. He will be sorely missed.

Last spring this little guy made his appearance. Felix has been quite a handful ever since he arrived here. He was abandoned by his mom the day he was born and sadly outlived his sister. With no mama cat and no siblings to play with I have had to do a lot of work. We received him when he was about 3 weeks old and I will forever be grateful to his foster mama.

He will certainly be showing up here a bit more now although both he and LuLu are primarily indoor cats since we lost Quincy just over a year ago to an urban coyote. They do get to go outside but both are doing well with supervised trips.

Felix is an alleycat of the highest degree and there is NEVER a dull moment when he’s around. Never have I owned a cat who enjoyed knocking over garbage cans and breaking glass so much. Lucky for him he’s a love bug. We look forward to those moments. He is a tiny terror, but he was also very sweet to Maurice in his final days. He’s not all bad.

At the end of 2016, thanks to my underground dinners, I was finally able to pay off the debt incurred by my back surgery several years ago. In 2017 the goal is to work on paying down the debt owed to my ex-husband from the divorce. If you’re in the Portland area and are interested in attending, please find the page somewhere here on my blog and add your name to the list. That’s the best way to find out what I’m up to and what menus will be coming up next. 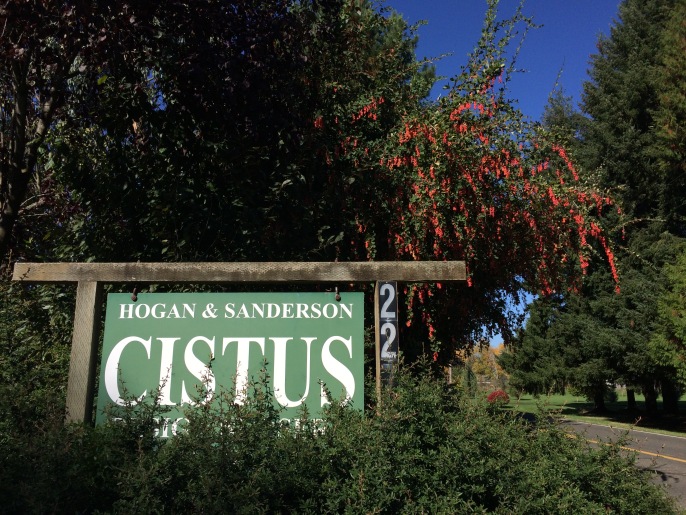 The other big news in 2016 was my first official job in the horticulture industry. It’s something I’ve longed to do for years and thanks to my friend and mentor Sean Hogan (of Cistus Design Nursery) it happened. I’m only a part-time employee, and this works well because of my health limitations, but the best part is that I’m a “Seedstress”. Only Sean could manufacture a name that great.

In 2017 it would be wonderful to be working more and more in the horticulture field but I’m not yet sure how much I can handle physically. Luckily, my health has been fairly stable since I started new treatments, and I guess that’s another reason I haven’t been blogging. I’ve been living my life and have been having a wonderful time getting up and around and developing and strengthening friendships. I was more active in 2016 than I’ve been in many years. It was great!

Clearly I’m doing just fine! Obviously! So send me some new clothes. The ones I’ve been wearing are old (tight budget) but I DID get a new hat. (Roars with laugher.)

Ok folks, I hope someone is still out there reading this blog! See you again very soon. Can’t wait to update the world on all of the dead plants that we’ll be seeing in the next few months thanks to this weather we’ve been having. We only ended up with about a foot of snow here at our house.