During the Seattle Garden Bloggers Fling last month I was unable to sneak over to City People’s Garden Store to go shopping. I really wanted to, but once I was told I’d be coming back in a few weeks with the husband for a wine pouring, I relaxed and vowed to return then—and I did! 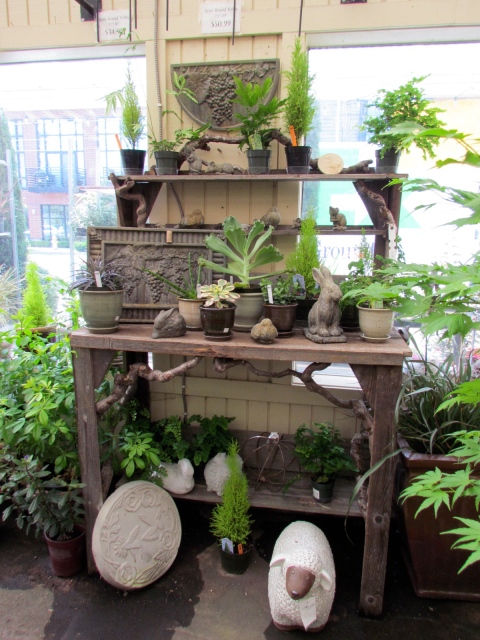 I’ve only been here twice before and both of those visits took place during the wintertime when I was looking for houseplants. This time I shopped inside AND outside.

There were so many things I wanted to buy, but since our garden is currently unkempt, and with the impending threat of the serial casting process for two injured fingers on my right hand being planned, I was just looking and not shopping.

I don’t grow Kangaroo Paw plants, but the green blooms on this one were so tempting.

Having been the black sheep oftentimes during Lenten activities at my Catholic school makes some place deep inside of me want a black sheep for my garden. This one is not quite black, but it’s close!

The salmon was interesting in its rusticity. I liked that the artist got the hooked snout just right.

It was so pretty that day but I was so sad it was already August. With my birthday looming, I knew that fall was near. The nursery was already stocking mums, so that made the inevitability of the changing season that much clearer.

I am sure that others around me would have understood how I felt that day if they’d known so I continued to take in as much as I could along with the rest of them. Oh the lies we tell ourselves to justify the things that satisfy us!

Sometimes you really need to gawk. 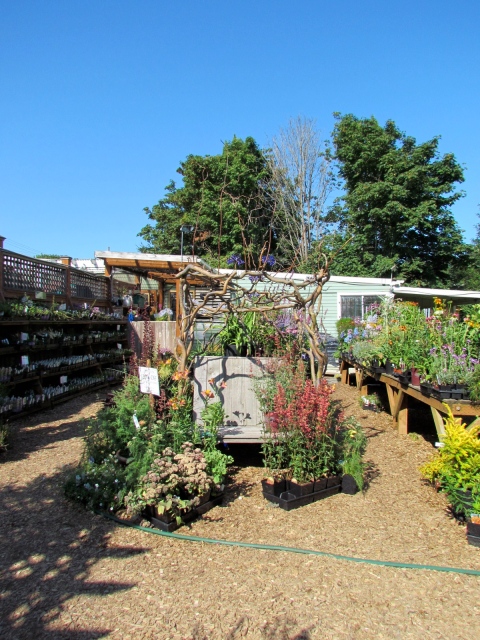 The colors are like Valium for your eyes—at least in my case they are.

And even though I have seen these blooms many times before, I still always want to see them again.

The native plant corner was where I rested my eyes for a minute or two. 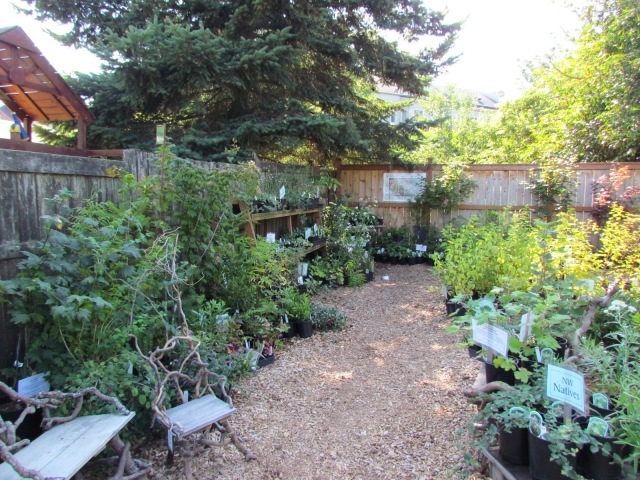 When I turned around I saw the Aucuba on the right with the solid green leaf. I’ve wanted one of these for awhile, but I passed on it. Sometimes it is sooooo hard to say “No” though.

This year my Fuchsia plants do not look quite this happy. 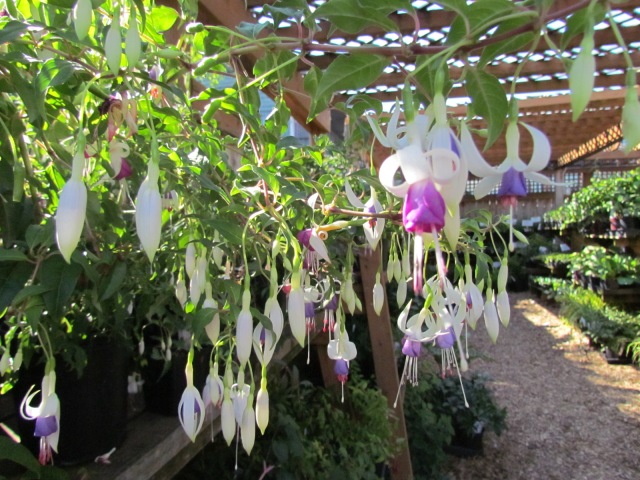 I wanted to crawl into this seat to rest a spell because my finger injuries were really making my tired. Sometimes it is such hard work looking at plants but somebody has to do it.